Thrasher Magazine - Skate and Destroy! As  Thrasher Magazine reaches nearly four decades of existence, the magazine and brand continue to reign as an icon both inside and outside the skateboarding community. The legendary Thrasher Magazine logo is one of the most recognizable in skateboarding today and the mag remains the go-to source for skate coverage. The Cult Skateboard Magazine. The origin of Thrasher Magazine dates back to San Francisco in 1981. see more
Filter
1 From 16
279 Items
No results were found for this filter.
-50%
Top
S
M

The origin of Thrasher Magazine dates back to San Francisco in 1981. The first issues were primiarily used for advertising Independent Trucks. Since then, the magazine has essentially grown into the most important skateboarding magazine to date. The mag features interviews, event coverage, a massive website, and their yearly "Skater of the Year" award. Thanks to their tradition and reputation, Thrasher can officially be called the oldest and most popular skateboarding magazine in the world.

Jake Phelps: An icon of Thrasher and skateboarding 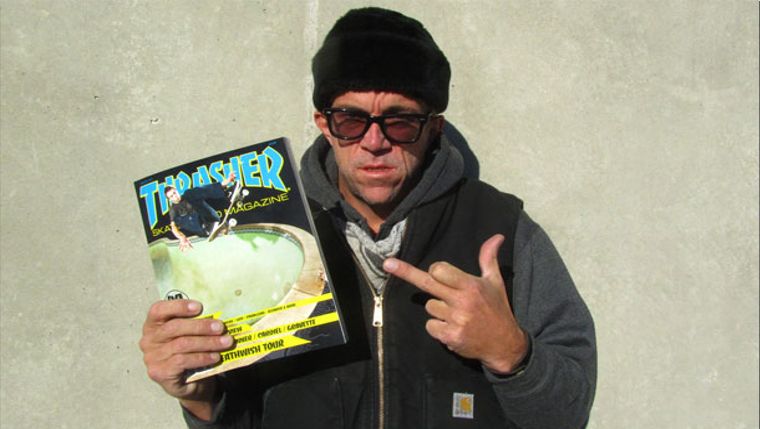 Jake "The Phelper" Phelps, a vert legend from the 80s, was the editor-in-chief of Thrasher Magazine for 26 years. Jake passed away unexpectedly in March 2019, much to the demise of skateboarders around the world. He was known to live and breathe skateboarding and will be remembered just as he was - 100% skateboarder. His polarizing nature made him both a figure and friction within skateboarding and his hardcore skate mag. This no-bullsh*t reputation continues to lead the Thrasher brand on it's success story. R.I.P. Jake Phelps.

Thrasher in the Information Age 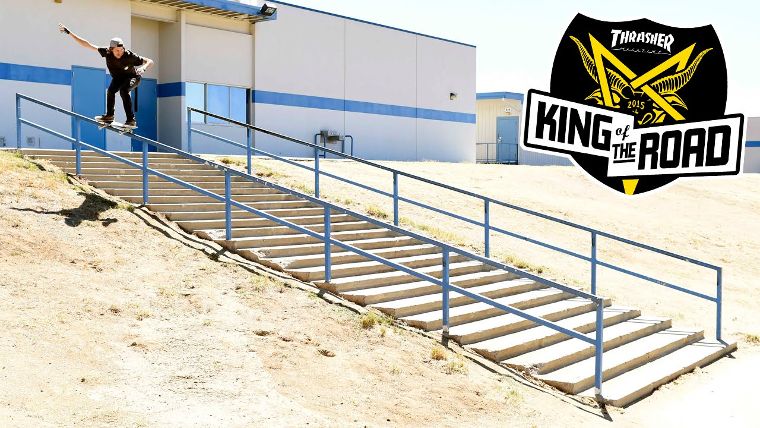 Starting out as a print magazine, Thrasher always managed to have their finger on the pulse of skateboarding, which is probably why they became so successful. They were conscious of the digitalization of media from the beginning. Thrasher used their already existing resources to create an online skate portal, which also came to be the most-viewed website in skateboarding. Videos like Firing Line, Skateline, Hall of Meat, King of the Road and exclusive full-parts helped their online presence dramatically. Thrasher is always a skater's first point of reference, even online. Thrasher is also infamous for their "Skater of the Year" or "SOTY" awards. They've been nominating the world's best, most influential skater every year since 1990. 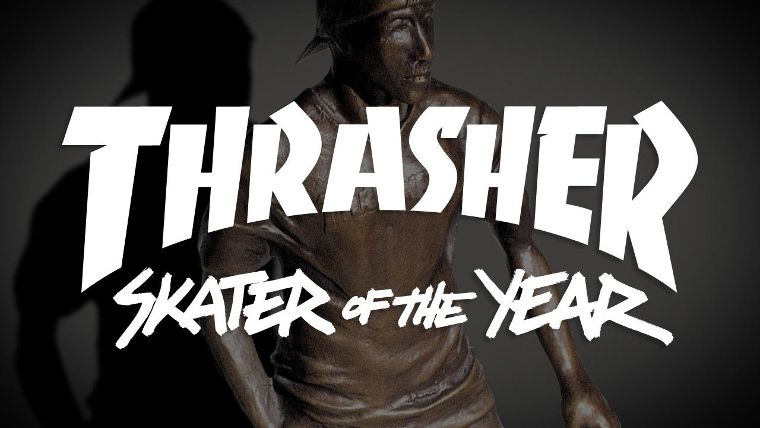 Streetwear with the Thrasher Logo

Both the iconic Thrasher logo (with or without flames) as well as the "skategoat" pentagram logo have become permanent fixtures on the skate scene. The famous graphics have also popped up on a countless number of other products over the years. In addition to Thrasher t-shirts, hoodies, caps and jackets, many other products with the "Destroy" or Thrasher logo are available in our Thrasher shop online. Browse our wide selection of streetwear or order the current edition of Thrasher Magazine, which will be delivered directly to your doorstep!

The growing popularity of skateboarding has led to Thrasher's introduction into mainstream fashion. Celebrities like Rhianna have been spotted wearing their classic flame logo on her t-shirt. Vogue dedicated an entire week of coverage to the "skateboarding trend" in the summer of 2016. Thrasher themselves are taking things in a new direction and releasing their classic skateboard scavenger hunt King of the Road on Vice this year. Thrasher is definitely attracting a whole new audience (sometimes on purpose, but not always) that doesn't have a whole lot in common with their clichéd target customers: beer-guzzling, unwashed handrail rippers and bowl shredders. For more skateboard magazines and books, check out our Titus online shop!