Santa Cruz – On a Roll Since 1973 The oldest brand in the business! Over 45 years ago, Rick Novak, Doug Haut and Jay Shuirman founded Santa Cruz Skateboards . Little did they know, their brand would go on to shape the history of skateboarding and skate culture! For decades now, Santa Cruz has set the industry standard for premium skateboard decks, original artwork, and authentic streetwear. see more
Filter
1 From 12
215 Items
No results were found for this filter.
NEW
8.8

The oldest brand in the business! Over 45 years ago, Rick Novak, Doug Haut and Jay Shuirman founded Santa Cruz Skateboards. Little did they know, their brand would go on to shape the history of skateboarding and skate culture! For decades now, Santa Cruz has set the industry standard for premium skateboard decks, original artwork, and authentic streetwear.

Only The Very Best

A classic seven-ply deck made with premium 100% North American maple or a deck with revolutionary new technology - which will you choose?! You'll find both from Santa Cruz.

The longer you slide, the more fun you have! Anyone who's skated an Everslick deck will confirm this is true. Everslick decks have a traditional seven-ply construction, featuring a thin protective coating on the bottom of the deck which provides effortlessly long slides on ledges and rails.

If it's more strength you're looking for, you can forget busting up your nose and tail with a Powerply deck. These decks feature two plies of super-strength reinforcement material in the nose and tail. Not only does this increase the deck's resilience, it gives it stronger and longer lasting pop!

Some skaters require the best of the best - look no further than the Santa Cruz VX deck. Arguably the ultimate skateboard deck on the market, VX decks feature five plies of maple and two plies of patented Quad-X technology throughout the entire board. Stronger, thinner, lighter - VX decks are the next generation of skateboarding.

Santa Cruz: A History of Tradition

Whether it's their long list of legendary team riders or their iconic artwork that has become synonymous with skateboarding, Santa Cruz has undoubtedly shaped skate culture today. Lucky for us, Santa Cruz still produces many of their classic decks as reissues. The Roskopp Face, Salba Tiger, O'Brien Reaper, Jessee Neptune or the Slasher are still available today just as they were in the 80's. Many of the decks feature original artwork from famous Santa Cruz artist Jim Phillips, whose art not only shaped the Santa Cruz image, but skateboard graphics as a whole. 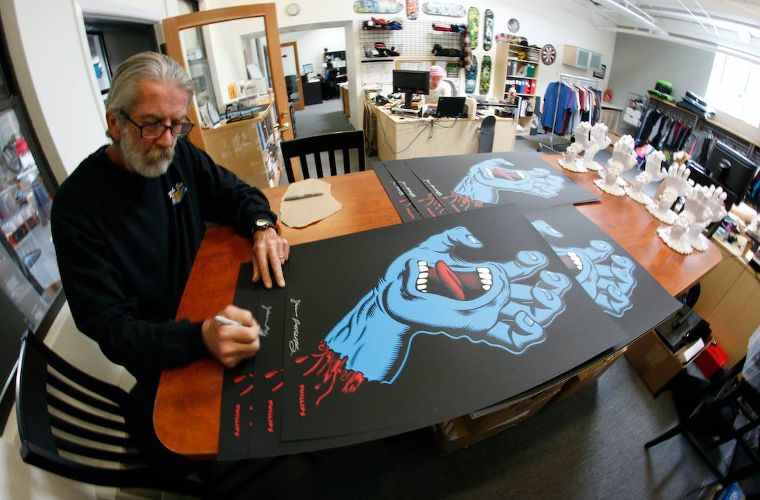 The legendary Santa Cruz "Screaming Hand" and "Classic Dot" have been icons in the skateboarding community longer than most brands have been around! The Classic Dot was created in 1978 and the Screaming Hand in 1985, both by SC artist Jim Phillips. However, countless artists have reinterpreted the classic design for many of the awesome collabs that Santa Cruz is known for. From the Santa Cruz x Spongebob collab to the Santa Cruz x TMNT collection, you can find stylish collab t-shirts, longsleeves, hoodies, sweatshirts, caps, socks, and of course,
skateboards from Santa Cruz! 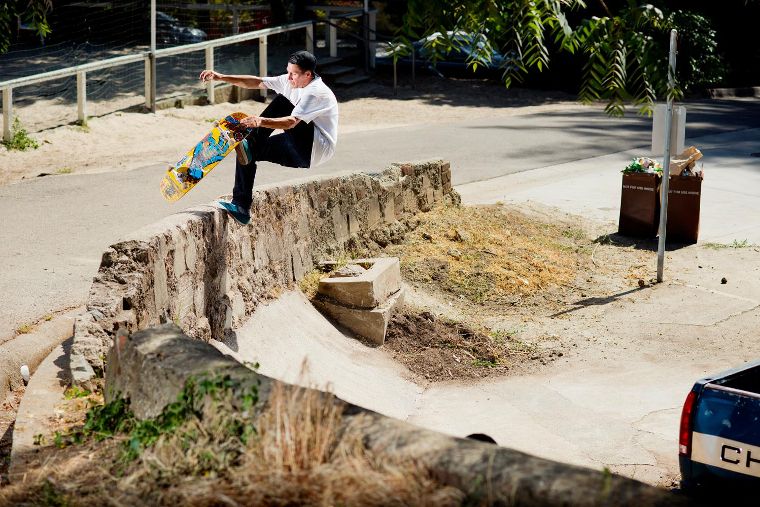