Pro skaters Mike Carroll and Rick Howard started the company Girl Skateboards in 1993. One of the reasons it was founded was to give pro skaters a career option after their “active” career is over. Carroll and Howard started a company that would grow to become a huge success. The logo is obviously borrowed from the sign on the ladies restroom and was designed by Andy Jenkins, who has since taken over their entire art department. Artists like Geoff McFetridge, Kevin Lyons and Hershel Baltrosky are just a couple of names that have designed skate decks for Girl. Girl graphics are frequently very colorful and more often than not include the label’s logo. Girl also sells complete boards, skateboard wheels and mounting kits. They even make a couple of clothing items, too. 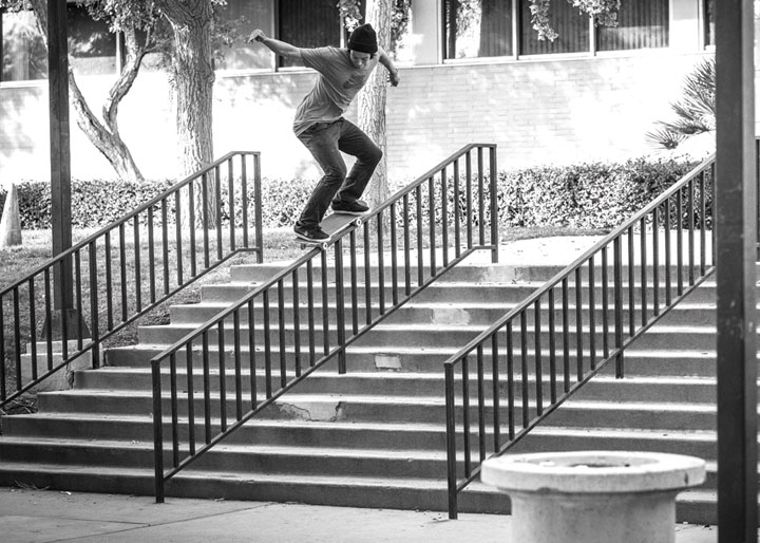 A couple of years after their founding, Girl Skateboards started Girl Distribution. Their company includes the brands a href="/en/fourstar/">Fourstar Clothing, Royal Trucks, sister company Chocolate Skateboards and Lakai Footwear, the latter two of which have a very close connection to Girl. Lots of the current and former Girl pros wear and skate for Lakai. Girl Distribution started their own filmmaking department for making their skate videos under the name “Girl Films”. An instrumental figure in the department was Ty Evans, who actually left the company in 2013. He was responsible for tons of successful videos like Hot Chocolate, Yeah Right!, Lakai’s Fully Flared or the super-famous Pretty Sweet video. Both the Girl and the Chocolate team were featured in Pretty Sweet.