Flip Skateboards, an unconventional skate label, was founded in 1991 in England by Jeremy Cox, Ian Deacon and Geoff Rowley. With their European team riders Tomy Penny and Rune Gilfberg in tow, the company moved to California in 1994. The pros have grown to become legends in their own right! Flip’s skateboard decks, bearings and stuff are distributed by NHS, who could unironically be considered one of the most important companies in the scene and are responsible for brands like Santa Cruz, Creature and Independent.

Flip released three of the most important skate videos of the 2000s: Sorry, Really Sorry and Extremely Sorry, which almost instantly achieved cult status. The company has a hardcore motto: HKD, or hate, kill, destroy. That theme has been reinterpreted in their deck graphics multiple times. But that wasn’t the only reason people were interested in their decks: Flip invented the P2 construction, which is made up of six maple layers and an additional, seventh Kevlar-reinforced maple layer. This special build extends the skate life of a deck and creates more pop, which also lasts longer than your standard deck. 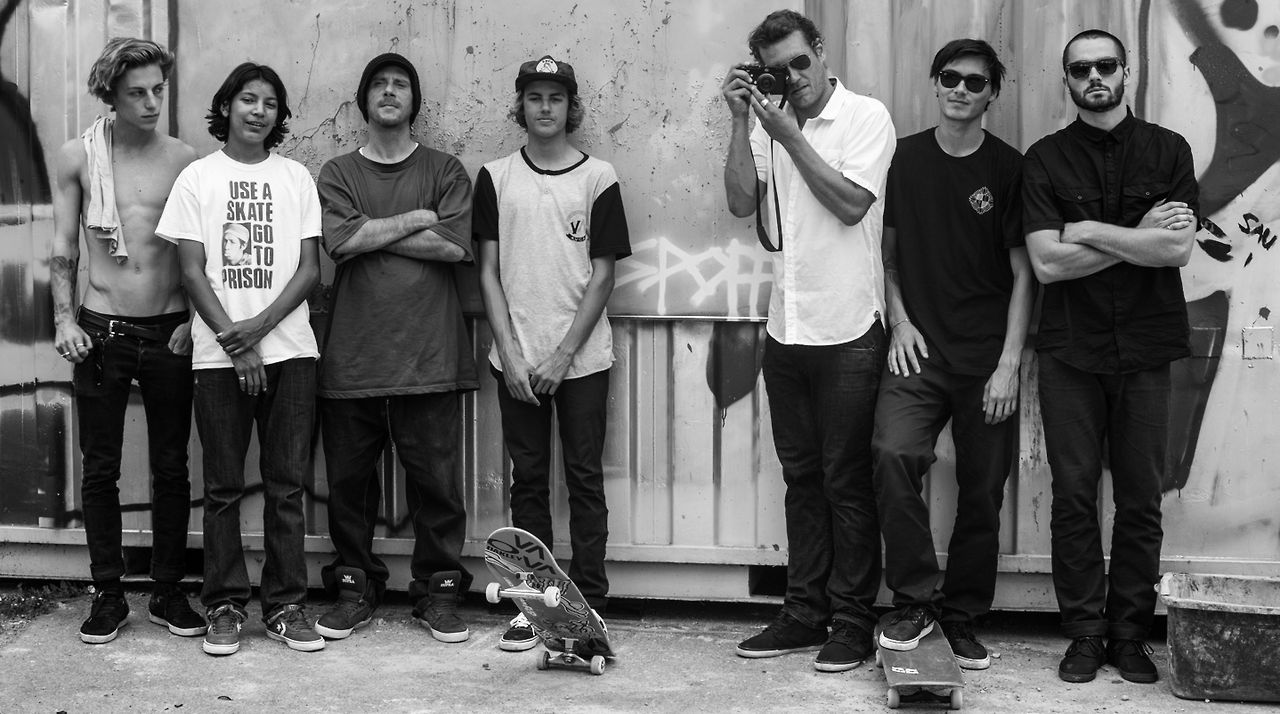 Their skate team includes a couple of young guns like Luan Oliviera, David Gonzales, Alec Majerus and Louie Lopez along with legends like Tom Penny, Lance Mountain, Bob Burnquist and Arto Saari. Cofounder Geoff Rowley is no longer a member of the Flip crew. Interesting is that every Flip team member is illustrated on a pro deck. Get some new skate shoes here at our Titus online shop!