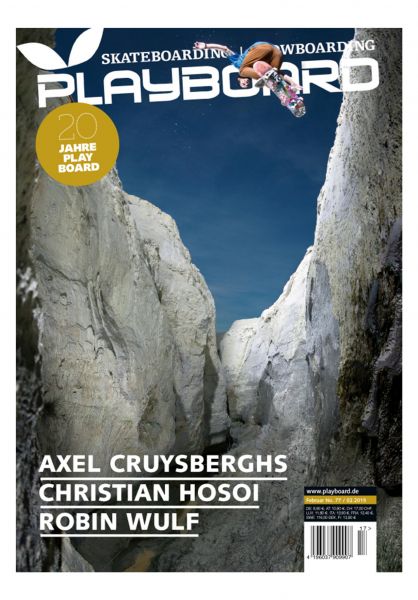 Here are some more names that might say something to you: Christian Hosoi (he gets his own interview), Axel Cruysberghs, Robin Wulf? Yeah. The insane photos alone are a reason to get a hardcover issue. There's way more, of course, but we wouldn't want to ruin all the surprises for you, now would we?