Cleptomanicx: The Kings in the North

Cleptomanicx is the only real brand with a seagull logo! Founded in St. Pauli, Hamburg, in 1991, the label’s history is a fairly straightforward one: they started out selling a few stickers here, a few Clepto t-shirts there. Company founder Pitt Feil originally printed his t-shirts off a silk screen printing machine which belonged to a friend. After Hamburg rap star Beginner started wearing his clothes with the seagull on them, his products became more and more popular. Eventually, the company started making their own decks and quickly gained a reputation as being a trustworthy skateboard company.

Cleptomanicx: The Kids Are Alright!

Cleptomanicx’ figurehead and mascot is the salty sea dog/all-purpose eccentric designer, Cäptn Clepto, who marches to the beat of his own drum and could essentially be considered the embodiment of the city of Hamburg in one awesome human being. He definitely gives his brand a hell of a lot of character. Collabs with FC St. Pauli, TSG and Stefan Marx’ label Lousy Livin’(they make men’s boxers) are numerous. Marx has a way of making humorous, surrealist designs that make you stop and stare at them for a while. He’s also been the creative director for Cleptomanicx since 2003.

Typical of any brand that holds skateboarding dear to its heart, Cleptomanicx has a skate team. The usually recruit local guys from northern Germany and the city of Hamburg itself. In addition to Cäptn Clepto, David Conrads, Lennie Burmeister, Niklas Speer von Cappeln, Tjark Thielker and Dennis Laaß all skate for Clepto. 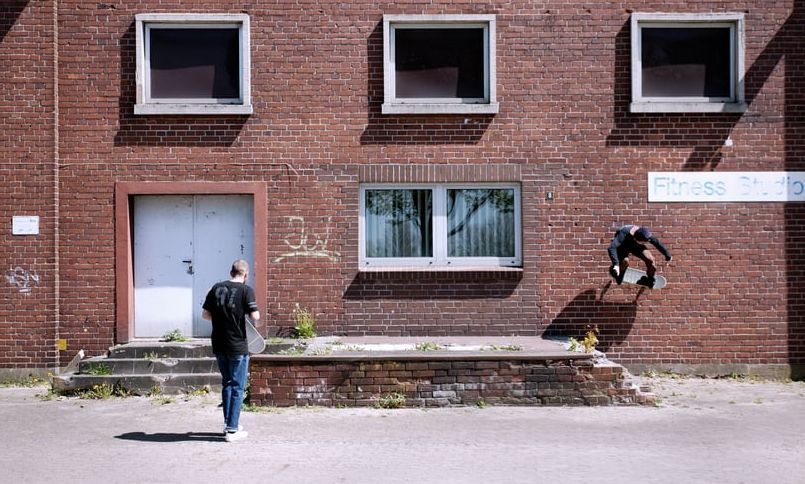 Cleptomanicx in the Titus Online Shop

Marx is famous for his ironic, oddball illustrations and his creation of a Clepto-themed universe, which includes famous characters like Toast, Zitrone and Aal, aka Toast, Lemon and Eel. Why? Don’t ask - just enjoy the ride! Whether it’s t-shirts, hoodies, beanies, jackets, or even pajamas and bed clothes, Marx leaves his mark on all of them. The current Clepto collection can be found in our Cleptomanicx Online Shop. We also have sale stuff! Check it out!