To bake or not to bake, that is the question! You’ve been baked before, and you needed a serious amount of herb to enter that altered state of mind - much like the one Andrew “The Boss” Reynolds was clearly in when he founded his stoner-friendly skate company. 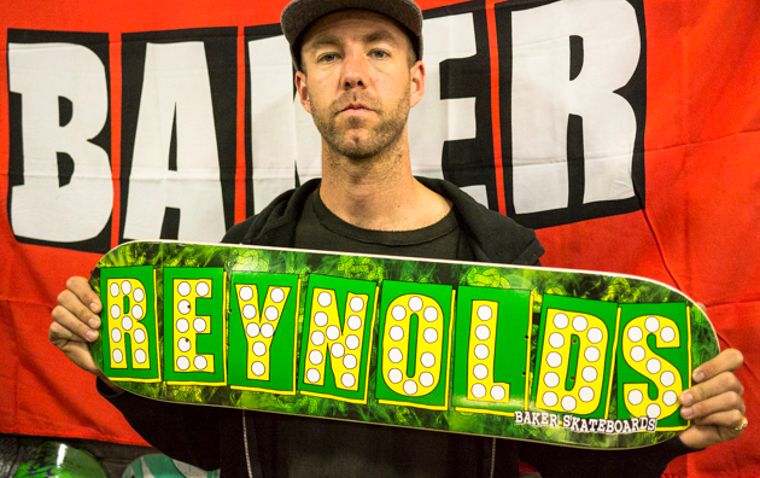 In addition to The Boss, Bryan Herman, Terry Kennedy, Sammy Baca, Don "Nuge" Nguyen, Kevin "Spanky" Long, Theotis Beasley, Justin "Figgy" Figueroa, Cyril Jackson, Dee Ostrander, Rowan Zorilla, Tristan "T-Funk" Funkhouser and Dustin Dollin are all on the Baker team. Riley Hawk, Tony Hawk’s son, actually skates for them now, too. In addition to the official team, the guys from Piss Drunx are also associated with Baker and include names like Andrew Reynolds, Dustin Dollin, Aaron Pearcy, Erik Ellington, Jim Greco and Ali Boulala . They were a wild crew back in their heyday. Rolling Stone actually referred to them as “the most dysfunctional degenerates to ever bust an ollie”.

A Brand Under Baker Boys Distribution

Baker Skateboards belongs to the company Bakerboys Distribution since 2011. The distribution company was founded in 2007 by Eric Ellington, Jim Greco and Andrew Reynolds. They also own brands like Deathwish Skateboards, Shake Junt and Heroin Skateboards.

Andrew Reynolds already has a trick up his sleeve right before Baker Skateboards opened for business. Even though they were still skating for their old sponsors, the Baker team riders were secretly filming Baker 2G. Right when the label released all their new decks, they released the infamous video on the very same day. The kids went crazy, of course. Other legendary skate videos like Baker 3, Bake and Destroy and Baker Has a Deathwish were to follow. Baker 3 has great parts from Greco and Reynolds and is a milestone in video history. Baker’s filmer Ryan Ewing aka Beagle deserves a shout out, too.